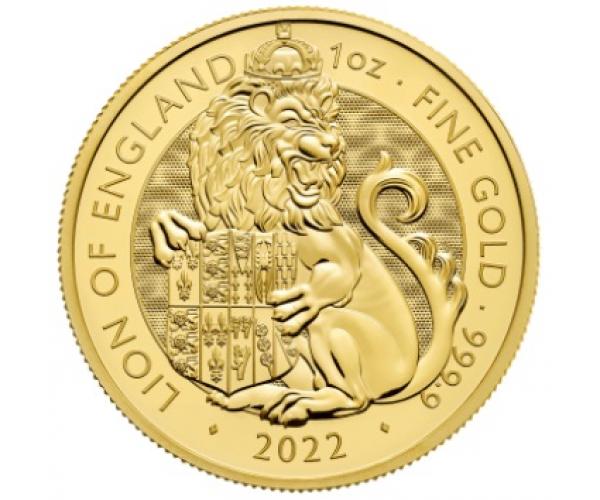 Inspired by the majestic Royal Beasts that stand guard over the moat of Hampton Court Palace, the Royal Tudor Beasts bullion coin collection begins with the mighty Lion of England. Strong, intimidating and regal, the lion was a fierce figure to greet visitors to Hampton Court Palace and embodied the values of Henry VIII and his kingdom.

The original, gargoyle-like statue of the lion on the Moat Bridge at Hampton Court Palace inspired David Lawrence, who has captured the magnificent Lion of England in all its glory, with a flowing mane and sharp claws, against a surface animation background texture. The fifth definitive coinage portrait of Her Majesty The Queen by Jody Clark appears on the obverse of the coin.