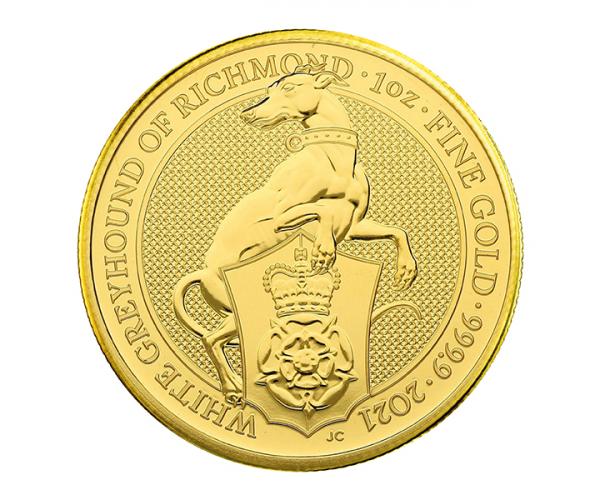 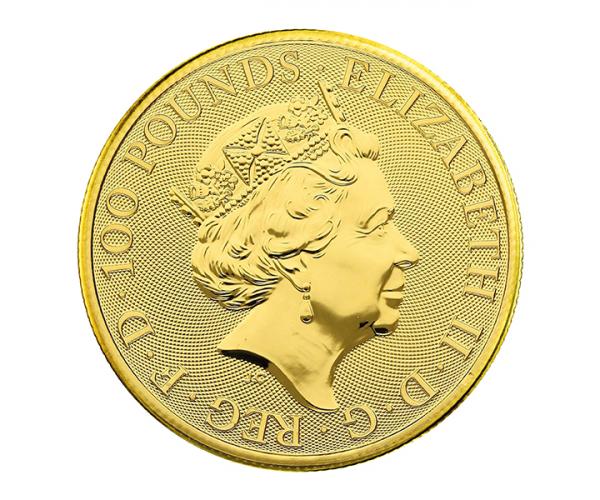 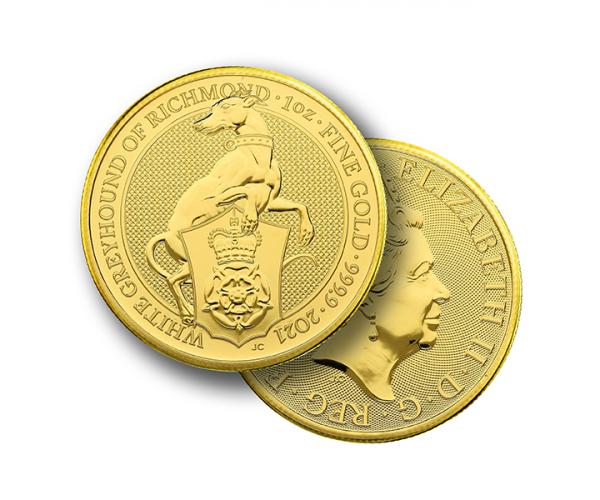 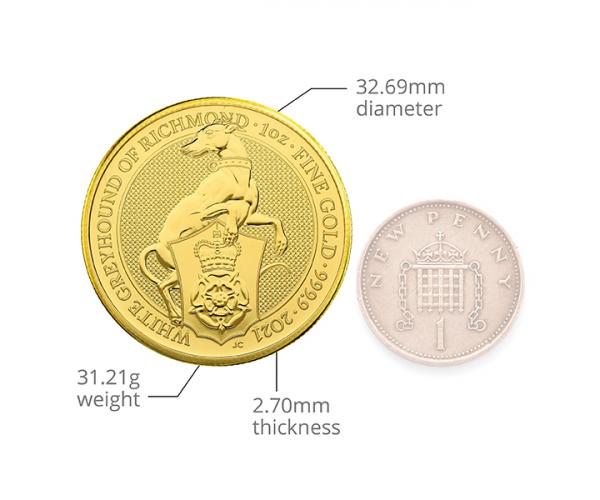 Combining exceptional design with investment, this popular series concludes with a design showcasing the majestic White Greyhound of Richmond. In 1449, Henry VI granted the earldom of Richmond to his half-brother Edmund Tudor. With this grant, Edmund received Henry’s permission to use a particular version of the Royal Arms featuring a white greyhound as a heraldic supporter. Edmund’s only son would become Henry VII when he defeated Richard III at the Battle of Bosworth in 1485. The greyhound expressed both his Tudor and Lancastrian ancestry, through which he claimed the throne.

The white greyhound is clutching a shield showing the Tudor rose. Combining the red rose of Lancaster and the white rose of York, it symbolises how Henry VII united these warring houses, ending the Wars of the Roses. Artist Jody Clark captures the greyhound’s nobility, as well as its power and elegance. Featuring a secure chainmail background, the realism of the White Greyhound of Richmond is displayed to its fullest.