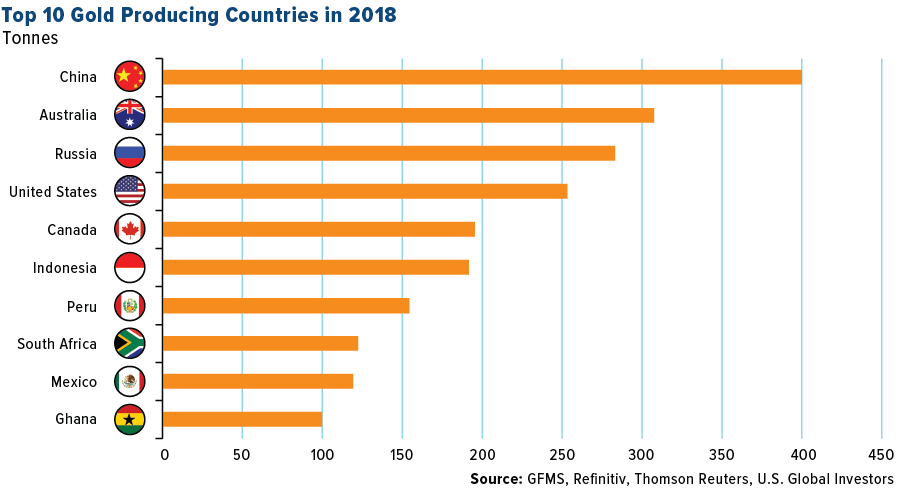 The second largest country with the highest amount of gold produced is Australia. They have posted 6 consecutive days in which they have had 6 increases in production.

A massive 83% of European gold comes from Russia which has been increasing its production every year since 2010. Russian output grew by 11tones in 2018 or about 2 percent. This is due to the fact policy makers are focused on growing the industry. In fact 2/3rds of Russia's gold produced goes straight to the Russian government.

Americas gold output rose to 10 percent in 2018 making it the fifth consecutive year of growth. 78% of gold produced in the U.S is from Nevada.

Canada moved up 2 stops from year 2017 and in 2018 has kept up the number 5 spot in gold production.Producing 17 tonnes more year after year.

Overtook Peru in regards to the number 6 spot. The island nation posted the biggest production increase in 2018 of 36 tonnes. A high-grade development into the Grasberg open-pit organisation operation drove most of the gains, with the giant producing nearly 40 percent of the country’s total gold output.