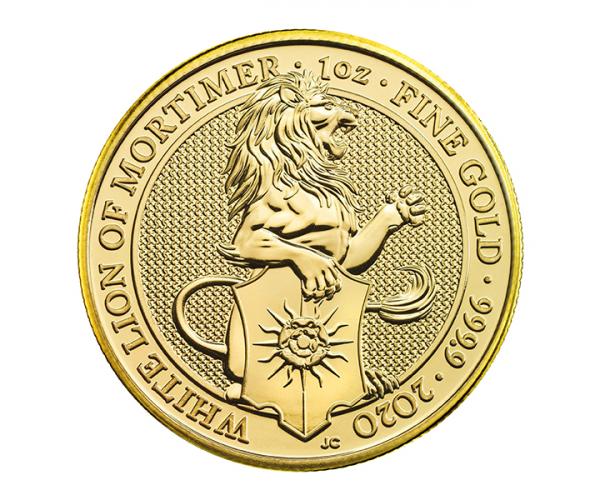 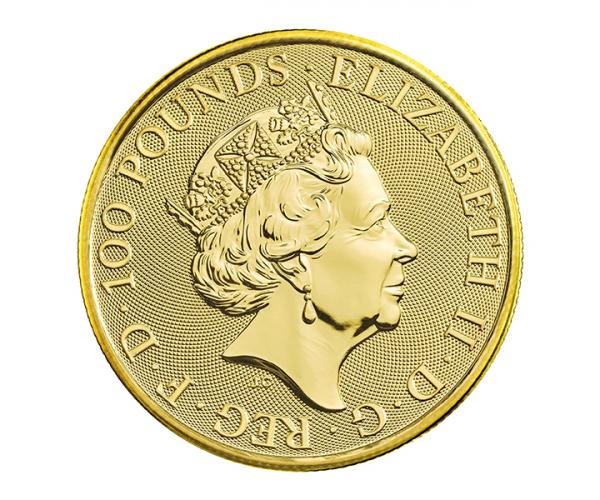 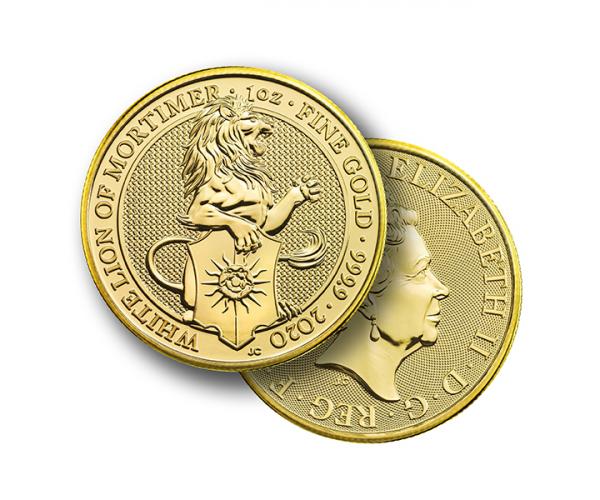 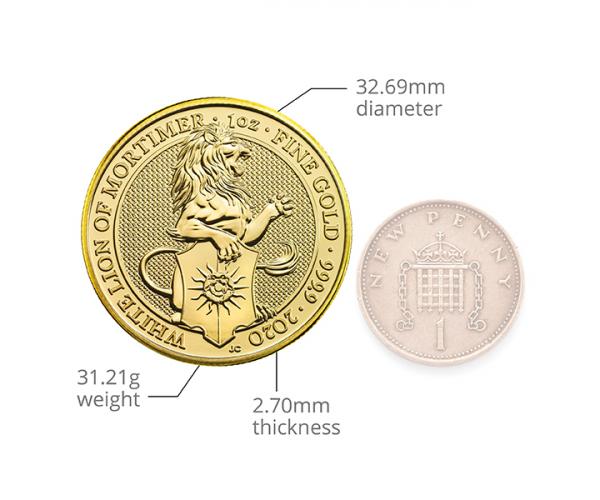 The coin featuring the White Lion of Mortimer is the latest release in the collection and the second lion to appear. Unlike the fierce, rampant Lion of England, the White Lion represents loyalty and discipline and sits in a less aggressive position.

The White Lion came to Her Majesty through her Yorkist heritage. First used by Roger Mortimer, Earl of March (1328–60), a founder Knight of the Order of the Garter, it passed to the House of York and was used by both Richard II and Edward IV.

The Lion holds a shield bearing the white rose of York combined with the sun’s golden rays – the sun badge was important to Edward IV, who saw the sun as a portent of good luck in battle. Jody Clark, designer of the portrait of Queen Elizabeth II that appears on the obverse of this one-ounce gold coin, has portrayed the White Lion of Mortimer side-on, accentuating the most important parts of the Lion’s story – its mane, tail, and shield.