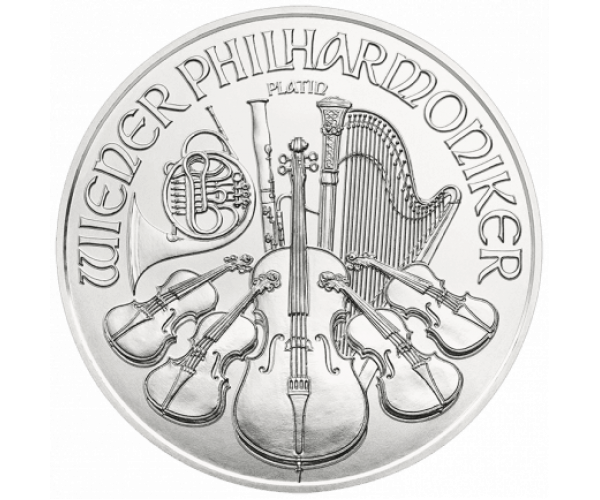 The new coin is the Austrian Mint’s first platinum offering in its 800-year history. The Mint’s relationship with gold is, however, a long and fruitful one. If placed side by side, the 20 million pure gold Vienna Philharmonics sold to date would stretch for 500 km, or the distance between Vienna and Berlin. Stacked one on top of another they would form a pillar 28 km high, or three times the height of Mount Everest.

Produced from 999.5 pure platinum, the new Vienna Philharmonic coin features the same award-winning design by Austrian Mint head designer Thomas Pesendorfer as its gold and silver counterparts. It depicts the organ of the Musikverein concert hall in Vienna, the Vienna Philharmonic orchestra’s home, on one side and an assortment of musical instruments on the other.