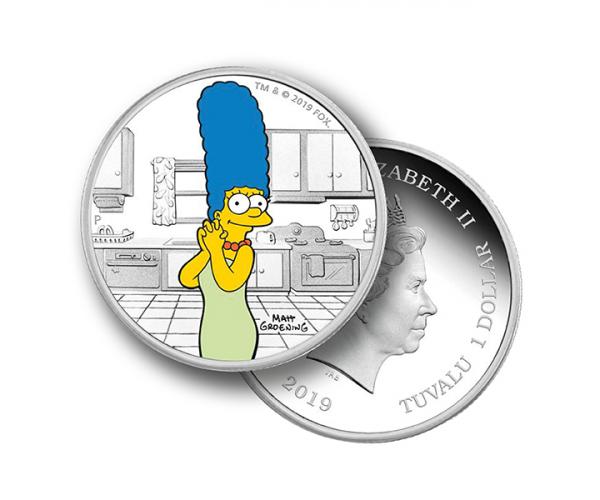 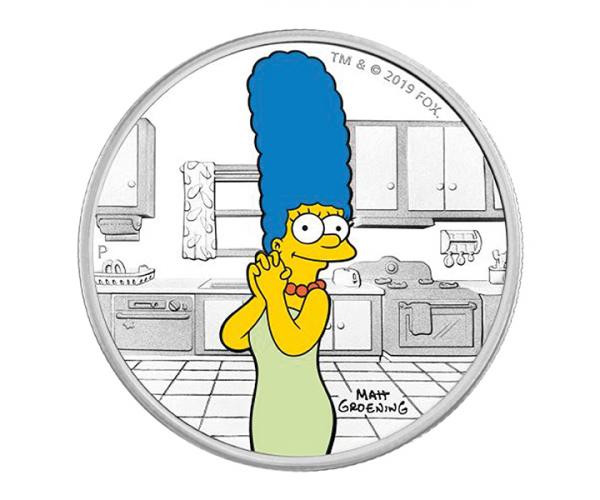 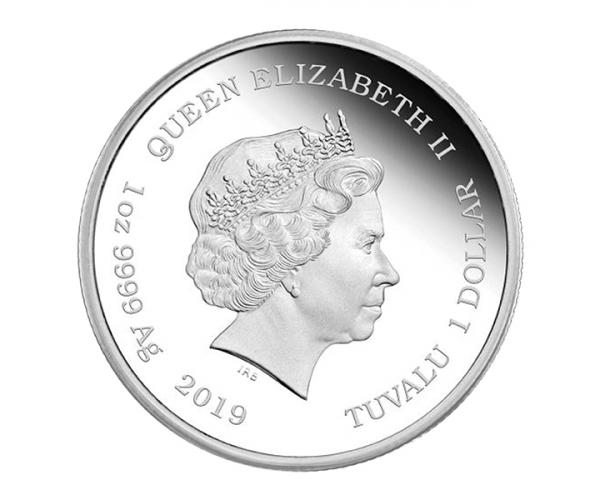 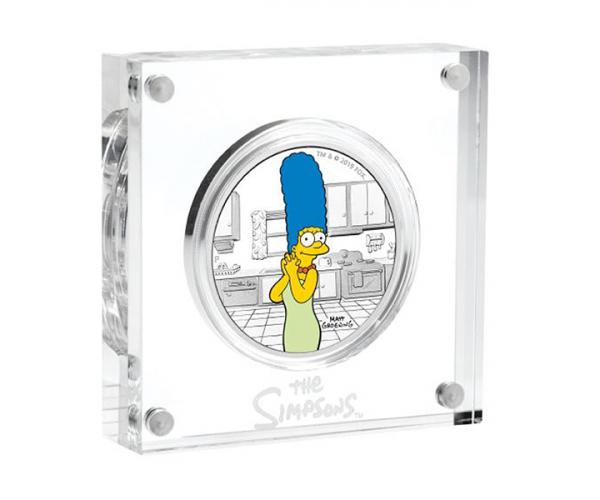 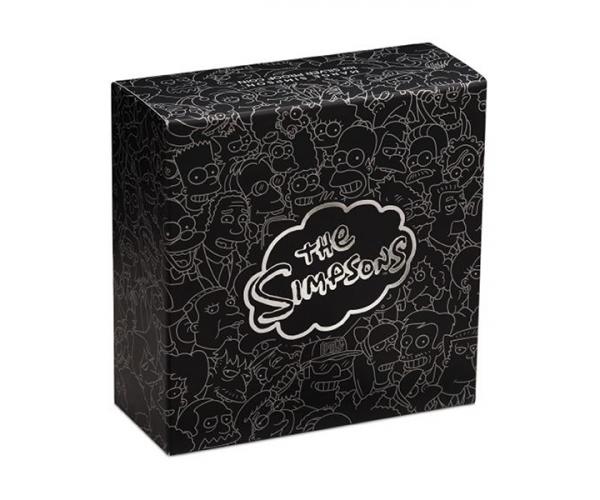 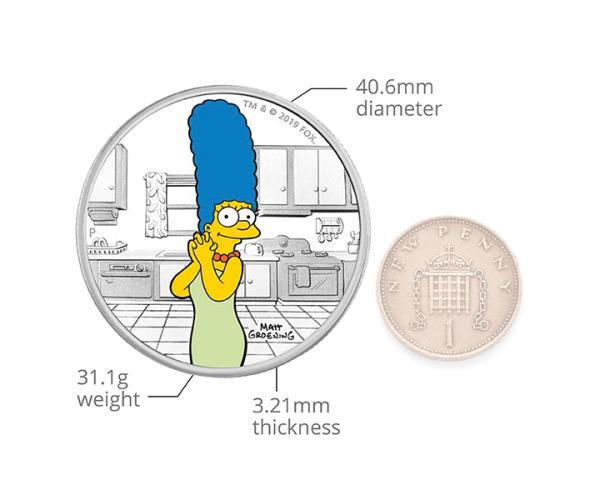 The Simpsons has been a worldwide pop-culture phenomenon for 30 years, winning several accolades including 33 Emmy Awards, 34 Annie Awards, a 2017 People’s Choice Award and a Peabody Award. The show was nominated for an Academy Award in 2012 for the theatrical short The Longest Daycare. The Simpsons Movie was a hit feature film, the mega-attraction The Simpsons Ride at Universal Studios has undergone a historic expansions with the addition of ‘Springfield’, and the show was honoured with a star on The Hollywood Walk of Fame in 2000.

The coin’s reverse portrays a coloured image of Marge Simpson smiling in front of the kitchen in the Simpson home. Included in the design is The Perth Mint’s ‘P’ mintmark and Matt Groening’s signature.

Accompanied by a numbered Certificate of Authenticity, each coin is presented in a clear acrylic case and is packaged within a themed shipper.