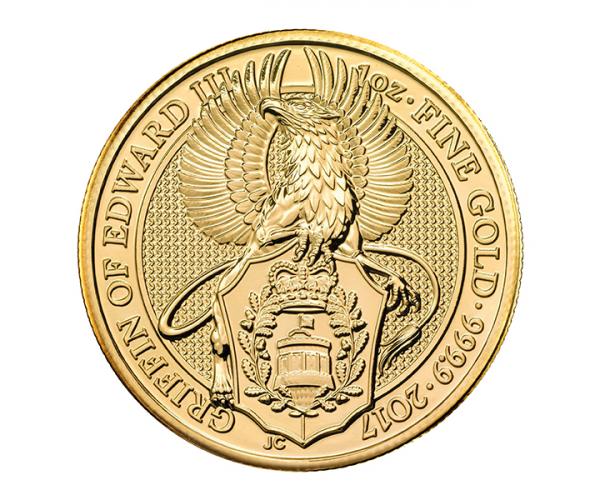 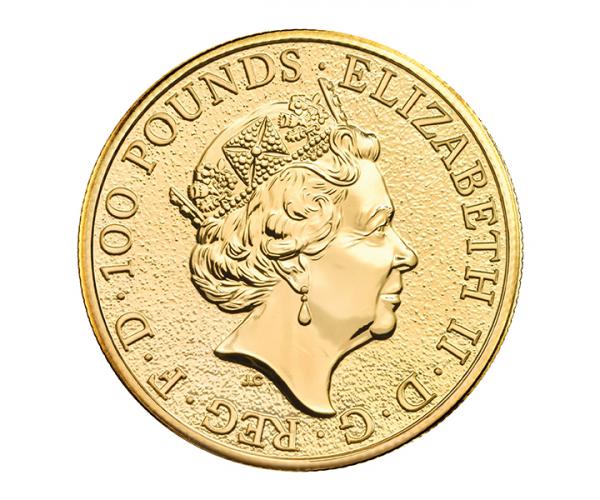 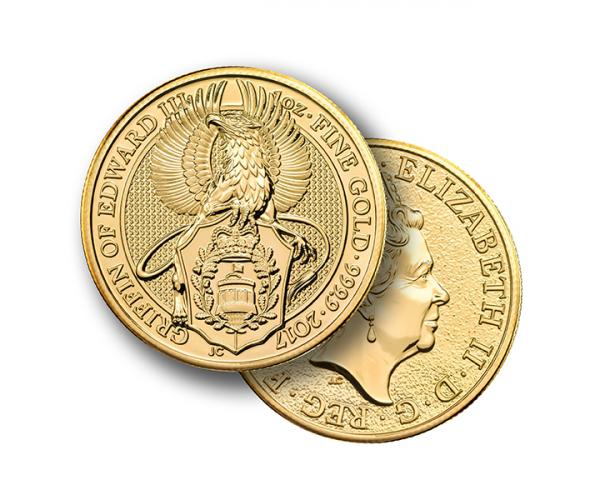 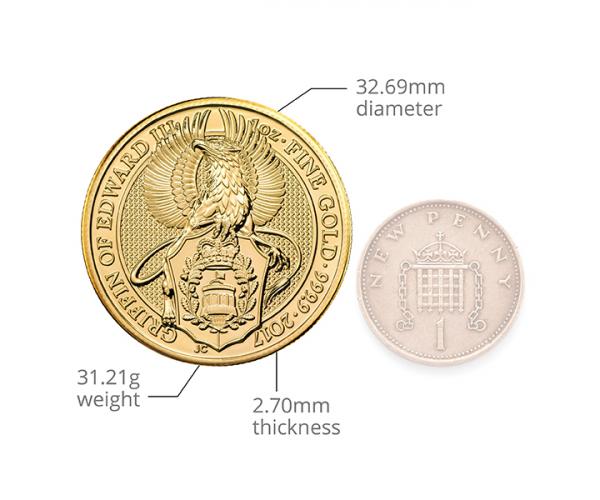 Following the release of The Lion of England, The Griffin is the second in a series of Queen’s Beasts coins that take inspiration from hundreds of years of royal heraldry. The coins each depict one of The Queen’s Beasts, reimagined by Royal Mint Coin Designer Jody Clark.

The background for this range comes from the coronation of Her Majesty The Queen, where ten heraldic beasts stood guard, The Queen’s Beasts, sculpted by James Woodford RA for the coronation ceremony. This coin represents the Griffin, which was closely associated with Edward III.