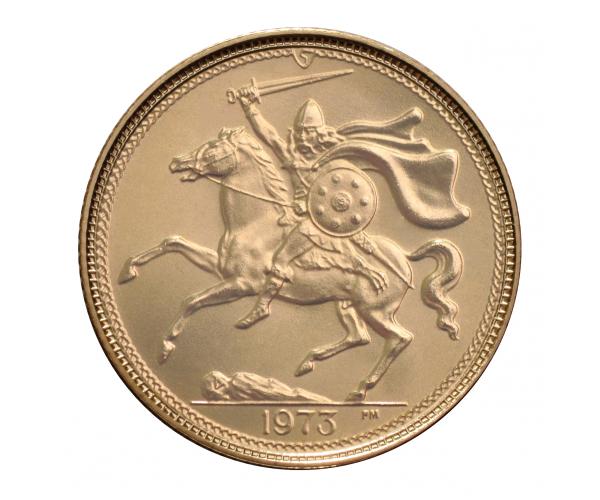 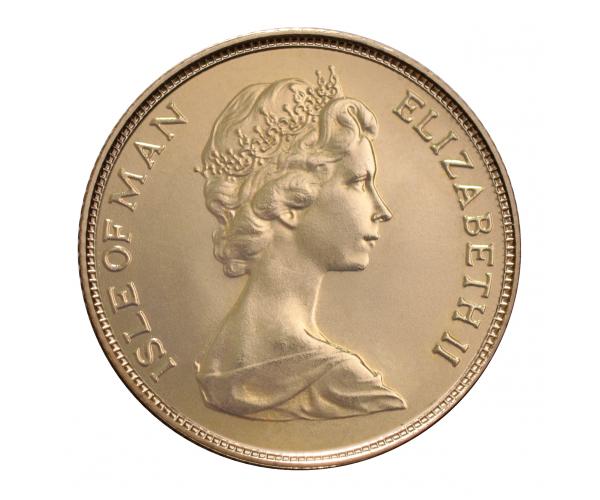 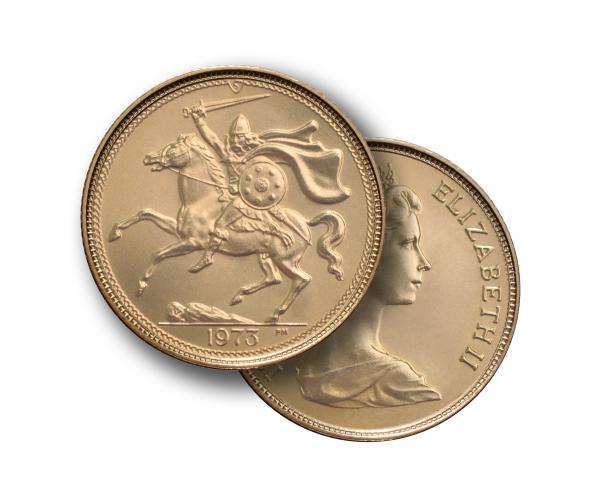 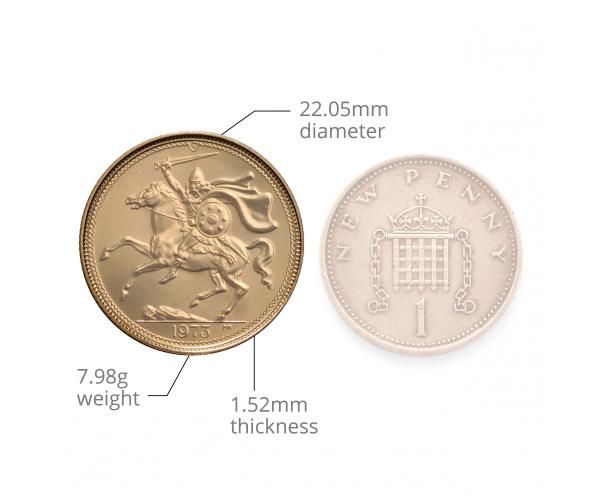 Isle of Man Full Gold Sovereign features a reverse which is reminiscent of Benedetto Pistrucci's George and the Dragon design, as it appears to show a Manx warrior mounted on horseback, in a similar position to George, the year of the coin also features. The obverse depicts Her Majesty Queen Elizabeth II.