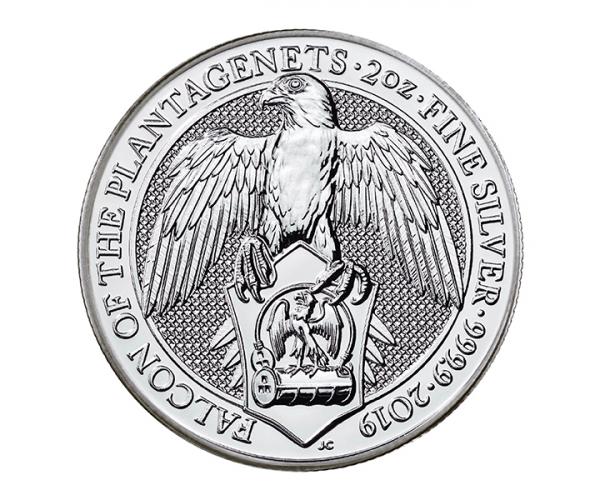 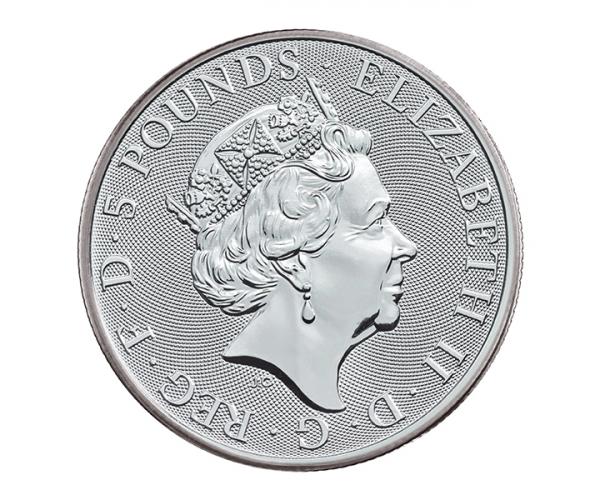 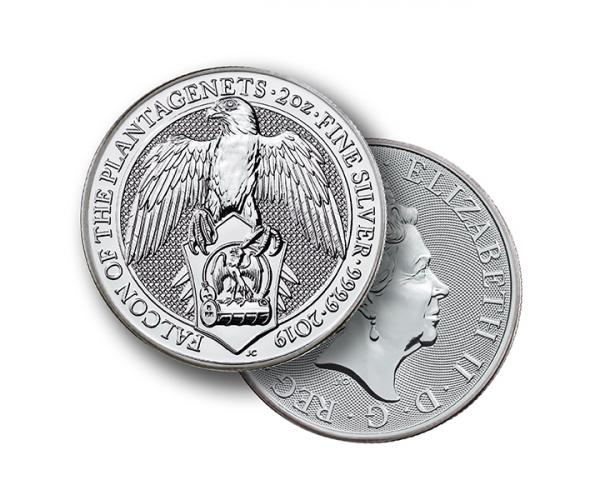 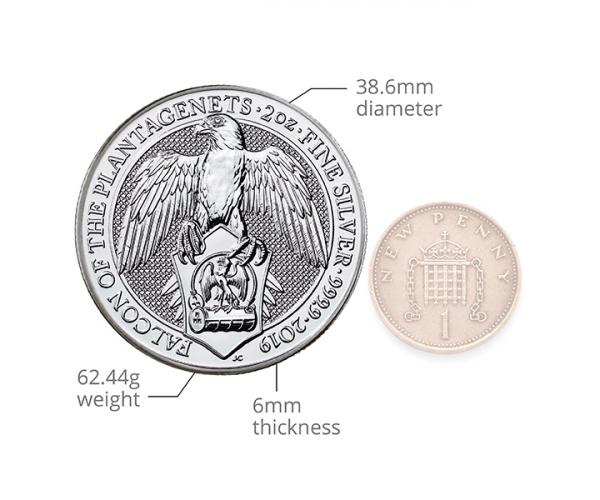 The coin is fine Silver and weighs two ounces (62.2 grams). The Royal Mint issued an initial 100,000 coins, though the Queen's Beast series is officially of unlimited mintage until the end of the year of issue.

The obverse portrait of the Queen and the reverse Falcon were both designed by Jody Clark - an engraver and designer at the Royal Mint. The reverse sees a Falcon perched on a shield crest, within which is another Falcon sat on a fetterlock (padlock). Falcons and Fetterlocks were symbols of the Plantagenets and their descendents, including the Houses of York and Lancaster, and the Tudors.