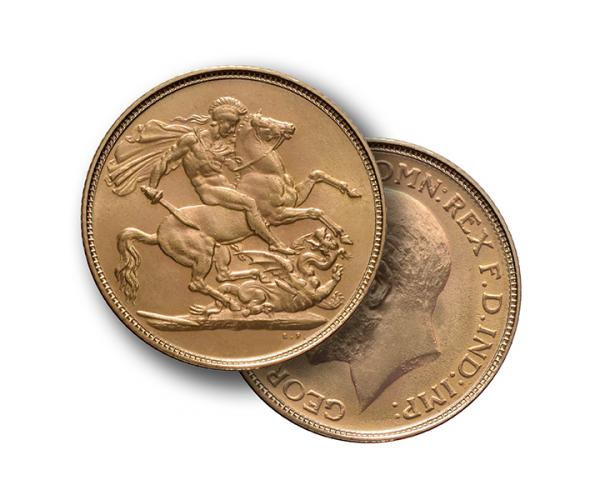 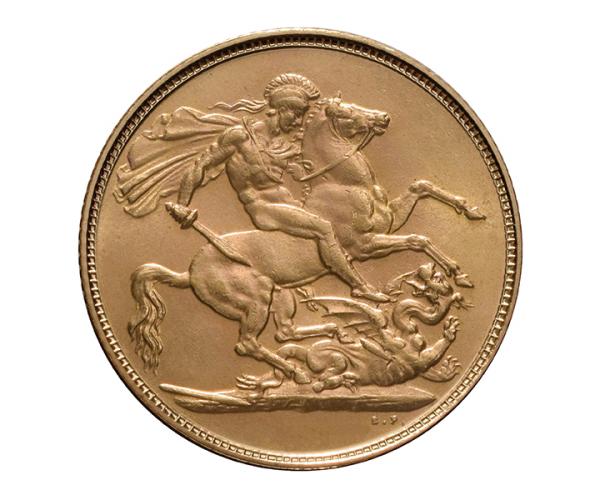 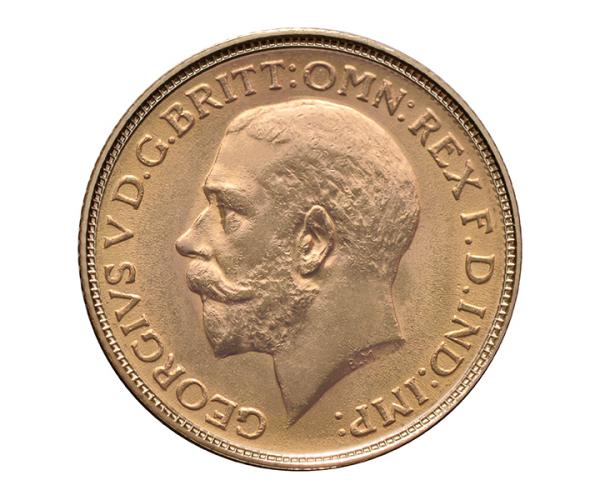 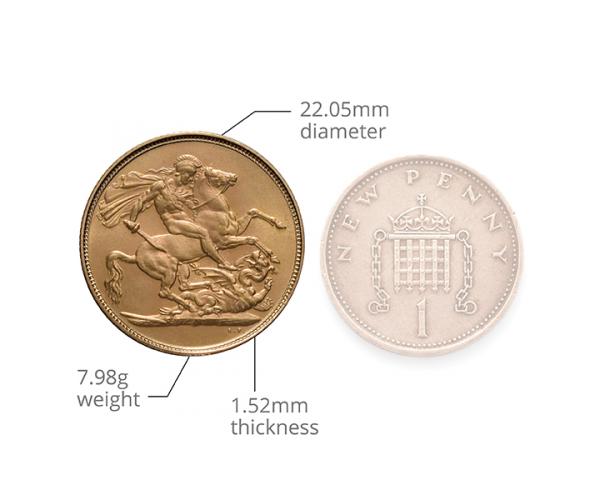 Sovereigns, The George V Gold coin is special for its history and numismatic value. What really sets these beautiful coins apart is that they were actually coins in circulation in Great Britain when WWI broke out in 1914. Printed by the Royal Mint and six branches all across the Empire, which was at its peak at the time, George V Gold Sovereigns mystifyingly commemorate the glorious days of Great Britain under the reign of one of its most popular monarchs.